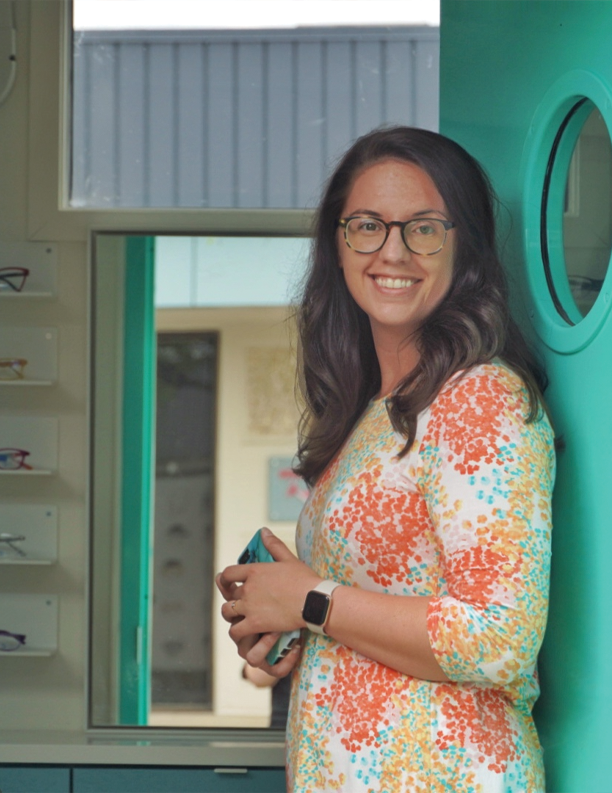 Chelsea learned the importance of health screenings when she was just four years old. After failing a vision screening at her daycare, Chelsea found out she was permanently blind in her left eye. Two years later, a failed hearing screening at her elementary school revealed that Chelsea was deaf in her right ear. In fourth grade, Chelsea learned about Helen Keller and surmised “I’m half-blind and half-deaf; I’m Half Helen” – a name that would come to characterize her life’s work.

Despite her physical disabilities, Chelsea achieved academic success, completing her bachelor’s in Communication from St. Edward’s University with honors. When she graduated in 2013, Chelsea used her graduation money to found half Helen Foundation (hH), a nonprofit organization that seeks to improve children’s vision and hearing through innovative screenings, research, and advocacy. Since both Chelsea’s impairments were identified through school-based screenings, she is committed to providing high-quality, innovative health screenings at schools that lack such services. And the hard work is paying off: hH screened over 40,000 children in Hawaii and Texas!

But Chelsea’s not stopping there. Besides Hawaii, seven states still do not require vision screenings in schools, and none use the Spot camera when conducting screenings. Chelsea is determined to change current laws so they allow the use of advanced photoscreening technology. In 2015, Chelsea was recognized as a CNN Hero for her pioneering work in eye screening methods.

Back to About us